Assessing the Potential of e-Textbooks at the University of Windsor

The Leddy Library at the University of Windsor, under the leadership of Gwendolyn Ebbett, Dean of the Library, and Joan Dalton, Associate Dean of the Library, has an extensive involvement with electronic services, being one of the first institutions to move to digital resources. In addition, the Library has had an ongoing commitment to Scholars Portal, a service of the Ontario Council of University Libraries, which provides a shared technology infrastructure and shared collections for all 21 university libraries in Ontario.

Given the positive student response to extensive access to e-book, e-journal, and other digital collections in the library, the decision was taken to explore the possibilities offered by e-textbooks. Funding for a pilot study was received from the university. 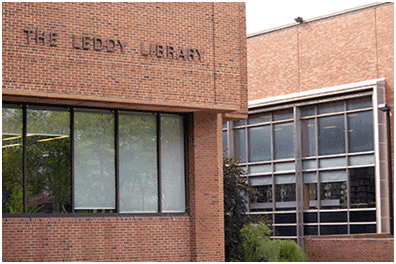 The Library took the lead with the introduction of e-texts because of its experience with digital resources and negotiating with publishers. For the Fall 2012 semester, an agreement was established with Flat World Knowledge, a relatively new publisher of open access textbooks. Faculty members volunteered to be part of the pilot test and the library paid the per-student cost to cover PDF versions of the e-books, as well as access to quizzes and other learning aids. The web version of the texts was free of charge. Flat World has now changed its business model from open access, but the agreement with the University of Windsor still applies and costs per student remain low.

The Flat World Agreement specifies that faculty can add, delete, and modify content in the e-texts – they are encouraged to personalize the e-books, to match the curriculum, add Canadian content, or include their own materials.

Students can add notes, highlight, underline and print sections or the entire text if they choose. Very few students have taken advantage of the print option.

In Fall 2013, the pilot was extended to include a few e-texts from Nelson, providing digital versions of texts that faculty were already using. The Library continues to pay the per-student fees for the duration of the pilot phase.

Faculties and departments that have been involved with the pilot study include Business, Engineering, Social Sciences, Statistics, Labour Studies, and Psychology.

Each semester, the students and faculty using the e-texts are surveyed concerning their experiences and satisfaction with the resources. The last semester included in the pilot study will be Fall 2014. At that point, the assessments will be combined and a final report will be prepared.

In terms of general feedback received, the students have appreciated the flexibility of the e-texts, the ability to manipulate and make notes in them, and, mostly, the price. Faculty and instructors have also been positive about their experience.

Many of those who have been involved in the pilot study are sessional and new instructors, who had not yet committed to a textbook. Other faculty found it more difficult to switch to a new text as they had invested in organizing their course around their current book. The inclusion of e-texts from Nelson Publishing allowed some to try digital versions of the books they had been using. Faculty are not adverse to e-texts; the challenge was more with the idea of using a different text than the one they had integrated into their courses.

A suitable e-text was not always available, even when faculty volunteered to take part in the study.

Publishers are investing in e-texts as they struggle to find their place in this new marketplace. e-Texts offer advantages such as currency, personalization, ease of modification, affordability, and portability, as well as the inclusion of visuals, quizzes, learning objects, and other tools.

The pilot study will provide detailed knowledge on the use and potential of e-textbooks. The larger question is how universities can take advantages of the possibilities, including the development of funding models for e-books that work for publishers, faculty, and students.

Gwendolyn Ebbett sees a natural evolution to the acceptance of the e-text, although “educational institutions and the publishing industry are unsettled, grappling with this change much like they were with e-journals at the turn of the century. It is hoped that it will evolve in a way that is affordable for all of us.”