Integrating MOOCs into Credit Courses at the University of Iceland

Distance learning programs have long been offered through the School of Education at the University of Iceland; however, very few distance education courses were available to students in other programs at the university. One exception is Icelandic Online courses, seven language courses offered continuously since 2004 for learners all over the world.

In 2012, the President of the University of Iceland (UI) created a working group to look at the new phenomenon of Massive Open Online Courses (MOOCs), their providers, pedagogical models, and student numbers, as well as to recommend strategies for the university in online and blended learning.

One major concern raised by the working group was students wanting to substitute MOOCs for courses taught at the university in Icelandic. Final recommendations included the development of additional Icelandic-centred MOOCs and the exploration of integrating MOOCs from other sources into UI courses.

Dr. Sólveig Jakobsdóttir was a member of the working group, as well as joining the project group of professors who integrated MOOCs into their courses. In a pilot project in 2013, two students in her problem-based course on distance education in the School of Education signed up for a MOOC, analyzing it as part of their course assignment.

In 2014 and 2016, Professor Jakobsdóttir integrated participation in, and critical analysis of, a MOOC as part of her face-to-face, graduate-level course on distance education. The assignment was worth two and a half (2-½) credits (ECTS)[1] out of 10.

In 2014, 13 of 17 students followed the same MOOC on K-12 Blended and Online Learning, while others chose courses in Digital Citizenship, How Viruses Cause Disease, Gamification, and Introduction to Finance with Coursera as the most common provider. In 2016, the 23 students chose a much wider variety of MOOCs; seven participated in Teaching with Moodle from Moodle.org, while the 16 others each followed a different MOOC, from Coursera, edX, FutureLearn, and other providers.

MOOC involvement took place over a six-week period; students were not obliged to complete the MOOC. Study groups were set up to encourage discussion and collaboration, as well to provide support during the experience of taking a foreign MOOC in English. The study groups met predominantly online. 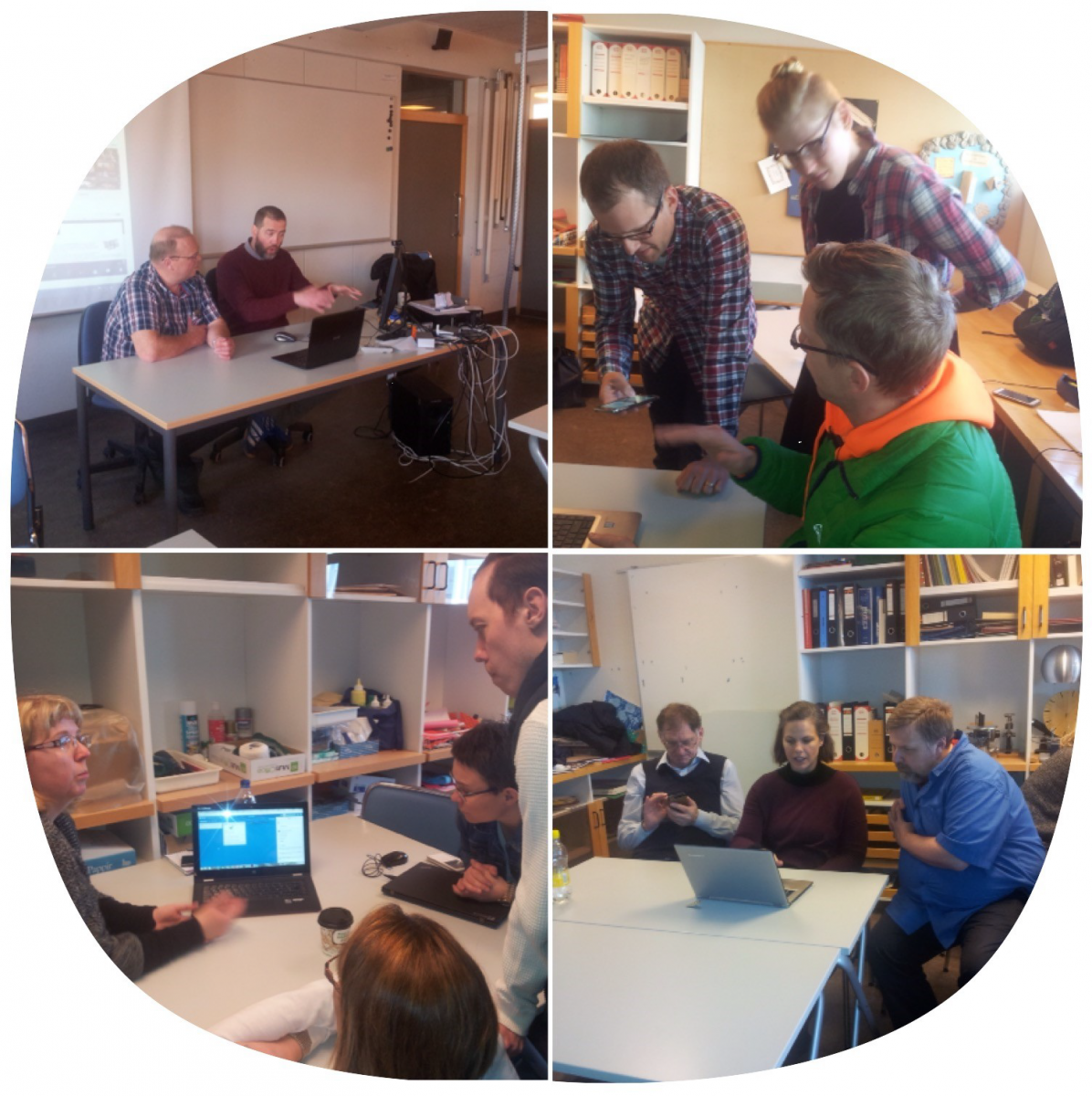 In their final reports, students describe the MOOC, analyze its pedagogical structure and use of technology, and consider its implication, both for them as students and prospective teachers and for the university.

Three students from the 2016 course, Grímur Bjarnasson, Kristinn Gunnarsson, and Dóra Dӧgg Makdissi Kristófersdóttir, undertook an evaluation of students’ participation in MOOCs. They asked questions about usefulness, advantages and disadvantages, experience, and ongoing interest in MOOCs. For the 2016 cohort, additional questions on the provider, pedagogy, and technology were added to the research. A 77% response rate was achieved with the 2014 cohort; and a preliminary rate of 57% with the 2016 group.

Key research findings about the experience of taking a MOOC include:

Students found MOOCs themselves to be accessible, user-friendly, flexible, and low (no) cost, with short, quality lectures and content to fit their needs.

Students broadened their critical abilities by analyzing the content and approach of the MOOC they followed – a new way of applying what they learned in the pedagogical literature.

Through their experience with MOOCs, students became aware of sources for their continuing professional development once they graduate. Professor Jakobsdóttir supports this by contacting them with recommended resources.

When integrated into courses at UI, MOOCs from other countries offer possibilities of expanding content and perspectives for Icelandic students.

As well, work load varied considerably and may have been too little for some students in relation to the number of credits.

Students criticized the MOOCs in which they participated as impersonal and teacher-oriented, with repetitive learning methods, and non-systematic assessment, often consisting of meaningless praise. Not surprisingly, content focused largely on the US, but, perhaps surprisingly, content was sometimes not up-to-date in the 2016 courses.

The issues of language and national context continue to be important, while the potential of MOOCs for professional development is also widely recognized. A 2015 Icelandic MOOC, developed as a hybrid with four hours of on-campus attendance, attracted well over 300 teachers (6-7% of primary and secondary teachers) to a year-long course on ICT in education. A research report by Professor Jakobsdóttir on MOOCs in Iceland suggests that “MOOCs oriented towards smaller language areas may become extremely important and can reach a high percentage of the target groups involved even if participation is hardly on a massive scale. Such MOOCs could perhaps be referred to simply as OOCs.”

Jakobsdóttir, S. (2016). (M)OOCs in Iceland: Language and learning communities. In D. Jansen and L. Konings (Eds.), MOOCs in Europe: Overview of papers representing a collective European response on MOOCs as presented during the HOME conference in Rome November 2015 (p. 14-18). Maastricht, The Netherlands: EADTU. Retrieved from http://home.eadtu.eu/news/110-publication-moocs-in-europe-available.

Search for Pockets of Innovation